Two years ago, today, I was in the middle of my three-month stay in Gaziantep, Turkey. I haven’t been able to get over the heavy yet exciting experience. But how could I? When it was my first trip abroad and the longest I had ever been away from my family!

The purpose of the visit was to work on a global community development project dubbed Meet My Friend 2014 (MMF’14) ran by AIESEC in Gaziantep. The project involved cultural exchange between people from different countries. It also involved active interaction with the youth in Antep to address the issues affecting them.

Prior to my trip, I was sure to Google about Turkey; the weather, culture and read a few reviews.

“Winter limits you to certain activities. It is also less crowded in Turkey during winter. But this is a good chance to meet the locals and really know their culture. They are also pretty friendly,” said a reviewer, online. And with the mental note of each word, I could feel anticipation bursting into a million pieces within me. Moreover, I am passionate about the youth, global development and enjoy traveling and meeting new people. Boy, wasn’t I excited!

Gaziantep offered a rare window into life abroad, especially for a Black girl, and some handy life lessons.

I was assigned to Ozel Çağdaş Bilgi; a private high school that was popular for its mule-headed students. During our first interactions, all they did was stare. So I would talk, talk and talk some more then join them in staring at each other. This was obviously frustrating because I did not quite get why they were looking at me like I had mushrooms growing out of my nose.

After work, I would pass by the park on my way home to entertain myself with a few of Demi Lovato’s. Here, I would end up being more of the entertainment. The people would want to touch me, take photographs or just stare. I felt excruciatingly embarrassed and abnormal.

As if that wasn’t enough, some strange men would follow me around in their car as I walked home. They would hoot and holler things in Turkish which drew immense attention towards me from the passersby. One evening, a supermarket vendor near where I lived asked me why I let the men follow me.

“Do I have an option? First of all, they don’t speak English,” I said, seeming equally astonished as he was.

“They are asking how much you charge. And saying other things I don’t think you really want to know,” he responded, patting my right shoulder.

“Charge? Like a prostitute!” A surge of shame instantly invaded my being, making me want to burry my face under my blue yarn-knit sweater. I fought the tears.

“Yes, I’m afraid. You see, most of the prostitutes in Istanbul are like you. And majority of the pornography movies that they have access to mostly have girls like you. So people generalize,” he clarified, each word feeling like a double-edged sword reeling down my throat.

I didn’t ask anymore. The look in his eyes suggested that he was silently consoling me for either things beyond my imagination or information my dignity could not handle.

Even if I was one, would I be parading my services in broad daylight? Wearing this granny sweater and baggy jeans? I loathed silently.

Henceforth, I made sure I was in the company of a non-Black person when roaming the streets. Until one dusk, I wasn’t!

Two weeks later, a man appeared from behind me as I walked home alone and grabbed me. It was dark but I could see his raging eyes, yellow teeth and smell tobacco off his breath. His grip was very tight and he held me against the wall and said he would kill me if I made the slightest noise. In ENG-LI-SH!

My feet trembled uncontrollably. I could hardly stand…then from nowhere, the supermarket vendor appeared and began to yell in Turkish running in our direction.

“You lucky bitch,” the assailant mumbled and disappeared into the street.

There was no telling what would have become of my life after that night. I phoned Mother and asked to have my flight rescheduled so I would go back home ASAP! But somehow she talked me into staying although I had not told her what had happened. She probably thought I was just homesick.

That weekend I decided to go to the clothes market down town. Everything stopped the moment I walked into the first store. People came up to me and began to ask for photos, smile, and ask questions. One helluva Rihanna-battling-paparazzi moment. I managed to maneuver through the crowd to the exit and just   a 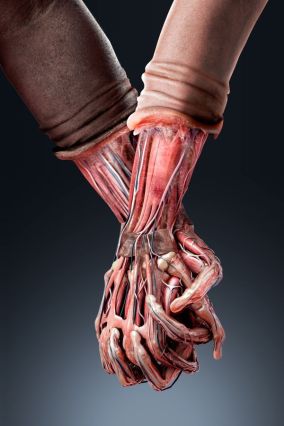 s I was one foot out…the alarm at the exit freaking rang. A woman covered in a hijab had stepped out simultaneously so we were both stopped but I was called back and my stuff turned inside out and searched over and over. Couldn’t the hijab woman have been a shoplifter too?

On the whole, I’ve heard about racism but I really didn’t think that at some point in my life someone would walk up to me and ask, “Why are you Black?” Or that I’d walk into a restaurant and a child would point at me with a frowned face, seemingly disgusted and scared. This one time, a waiter stared till he missed a step, fell and sprained his leg. Poor guy. Or that I’d visit tourist sites and be more of the tourist attraction than the site. My braids alone got me enough attention to make me Michelle Obama!

You had better have your directions well-figured out!

So Whitney managed to get lost twice .

The first time I got lost was very scary. I took the tram and went to the market. Yeah…the market where they mistook me for a shoplifter. I loved that market because things were in varieties, cheap and of such good quality. Before I knew it, it was beginning to get dark and I couldn’t find my way out of the market. I had absconded from work that day so I couldn’t call anyone from the team. My other friends in Turkey could not understand my description of where I was. The vendors I spoke to could not understand me either. I stood at a corner, sobbing as I imagined being kidnapped and sold in Afghanistan as a maid…then I saw a police car. I ran towards it waving my hands in the air. The police men drove me home.

The next time I got lost, I was going to pick my friends Aditya and Rizka from the bus stop. Then I decided to take a short cut. Okay…I had never used the route before, neither did I know for sure that it was a shorter route, it just seemed…trignometrily…like it would get me to the main road a little faster. Before I knew it, I had walked for one hour and I did not know neither the way forward nor my way back.

“I’ll be there in a minute,” I had said to Aditya a few minutes ago which later turned out to be five hours later.

Hallmarks are an important art to master in a foreign country. I really could have walked to Syria, God!

Despite getting lost, the staring and discriminatory incidences, there was bliss a time or two. MMF’14 team was one of a kind. Whenever we stayed in, we cooked for each other traditional meals. The Organizing Committee (OC) was always with us right from the president (OCP) which I found quite humbling. Every Friday evening, the OC would organize a house party for us or we would go clubbing.

Also, because I was different, I received bountiful dinner and lunch invitations from parents, teachers, and students from both my school and my colleagues’ schools. I did get to interact with Turkish families and experience the pompous role of the husbands; submissive role of the wives; and dutiful role of the children while at the home.

Turkish food is heaven on earth. By the time I was returning to Kenya, I looked like I would burst out of my skin. The school lunch at Çağdaş Bilgi especially, damn!

The men, my friend, are pulled-out-of-a-soap-opera handsome. Jaysus! The statistics I am accustomed to in Kenya is; out of a crowd of a thousand, 80% are beautiful women, 10% handsome men and 10% of ordinary looks. However, in Turkey the statistic was 80% handsome men and 20% beautiful women, in my perspective. It’s sad though that English is a serious struggle for the majority of Turks so when flirting, sign language would probably work better than verbal exchange. But hey… props to Google! When you are having a conversation with a Turk and they are on their phone. Keep calm. They are not ignoring you. It’s Google translate!

Moreover, their sceneries are breathtaking. We visited historical cafés, amusement parks, and museums. We would make road trips to other cities over the weekend. We visited the ice cream city, Kahramanmaras; the sea side, Rumkale; and the religious city, Sanliurfa among other places. Turks homes are generally adorned with expensive and artistic assets. The main house structures are apartments.

At the end of the trip, I felt different. More like I had a new set of eyes. I had also grown to love someone from Afghanistan, China, Indonesia, Morocco, Pakistan, Serbia, Taiwan, Tunisia and Turkey. I miss you guys. When the project was coming to an end, we had to set ourselves up in groups and prepared short films. During the gala night, my team’s film won the Most Creative Film Award. I am enormously grateful to everyone who gave me the experience of a lifetime; the MMF’14 organising commitee topping the list.

The highlights of my trip reside in this picture. I met someone who changed my whole perspective of love and true connection between human beings. He took this picture while I sat across him in his favorite restaurant and let him make the best of me. Don’t I look so adorable? Yet I had been crying the entire night after the incident with the weirdo who cornered me as I walked home at night. You…yes you, will always be a part of me. And I hope that everyone who gets to be with you every day, loves you as you deserve.

On the whole, going away from home is something that elevates some and re-creates others. But no one can tell the story better than you can. Travel. Make your story. And if you already have one, share!